Bicycles used to be quite the mode of transport in the olden days in many parts of the world in different forms of use. It represented basically modes of transport with which people carried out a variety of activities including transportation and business.

Even today many countries of Asia make use of bicycles for many of the reasons cited above. Being easy to maintain, as well as manipulate, on most roads, the bicycle is considered a useful piece of machinery which facilitates not only transporting goods but also people and livestock.

Most South Asian countries like China, Vietnam, Bangladesh, and India have made use of the bicycle and bicycle related transport as the most affordable, maintainable, and manipulative mode of movement especially among the masses.

One can see extremely large numbers of bicycles on the streets of China and Vietnam along with other more modern and technologically even today.Nowadays. peoples consider biking for health benefits as well a mean of freedom.

The Bicycles as a Means of Transporting and Exercising

On the other hand, bicycles are fast becoming a means to keep healthy and trim with many young people all over the world. It is, therefore, not uncommon to see young people riding their bicycles on the streets of not only the regions of South Asia but Europe and the American Continents as well.

Has bicycle riding taken over as a fad of some sort or is its latest increasing popularity to be  seen as a part of the people’s awareness of the dangers of pollution, the exasperating movement if traffic on the roads and the benefits of bicycling as a means to the ever-growing awareness of good health and a fit body?

Actually, bicycles do stimulate the body and the muscles to move and facilitate the blood circulation. It also acts as a toner when it helps tone up one’s overall physique and fat. The gym-based ‘stationary cycle’ is, after all, a substitute for the regular one and more mobile than the other.

Cycling: A Way  to Help Curtail or Prevent  Even Serio 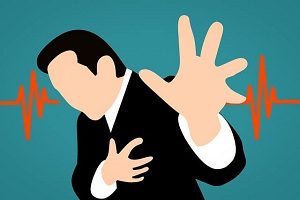 Consequently, as a means of exercise, the bicycle can help prevent certain serious diseases like cardiac problems, cancer, diabetes, arthritis, even mental stress,  as found through research and proved by tests and experiments on several sufferers and those prone to such diseases.

For example, there are several references to the benefits of bicycling as a way to provide the movement and exercise that can help prevent bowel and breast cancer which are often the result of lack of movement and indigestion. One of the main reasons for type 2 diabetes is lack of movement.  It is reported that recent research in Finland has found that 30 minutes of bicycling has helped people prevent 40 percent risk of getting type 2 diabetes.

The enjoyment and movement that come from cycling can take care of stress, anxiety and depression as it diverts the mind from negative thoughts and feelings.

The sense of freedom and freshness that one acquires from the very movement and activity of cycling is by itself a kind of therapy for the sick mind and body.

A recent discovery of the ‘handcycle’ has added newer dimensions to the act of cycling. With this new system of riding a bicycle, which are powered by hand and not foot pedals, even amputees can ride bicycles.

Requirements: Correct Training, Gear, and Use of the Bicycle

Acquiring and Using the Correct Kit, big helmet, shorts, sunglasses, are all very necessary accessories for any biker. One should also be equipped with drinks and maps, etc, besides being aware of rules of both city and country roads.

Mohammad Hasib, a University student, has taken to bicycling as a hobby but finds it very enjoyable and refreshing to use his cycle as much as possible.

He also emphasizes the importance of using the bicycle with care, awareness of the road rules and movements, and being suitably and safely attired as well as equipped for what is fast turning out to be not only a fun activity but one which has both physical and psychological benefits.

Cycling is also fast becoming a means to long-distance travel as is proved by the number of people who have successfully made long-distance travel on the simple bicycle…like the British Muslim Pilgrims who rode their bicycles over the miles to Makkah for Hajj and the Tourist- cyclists who recently made a bicycle trip to Bangladesh.